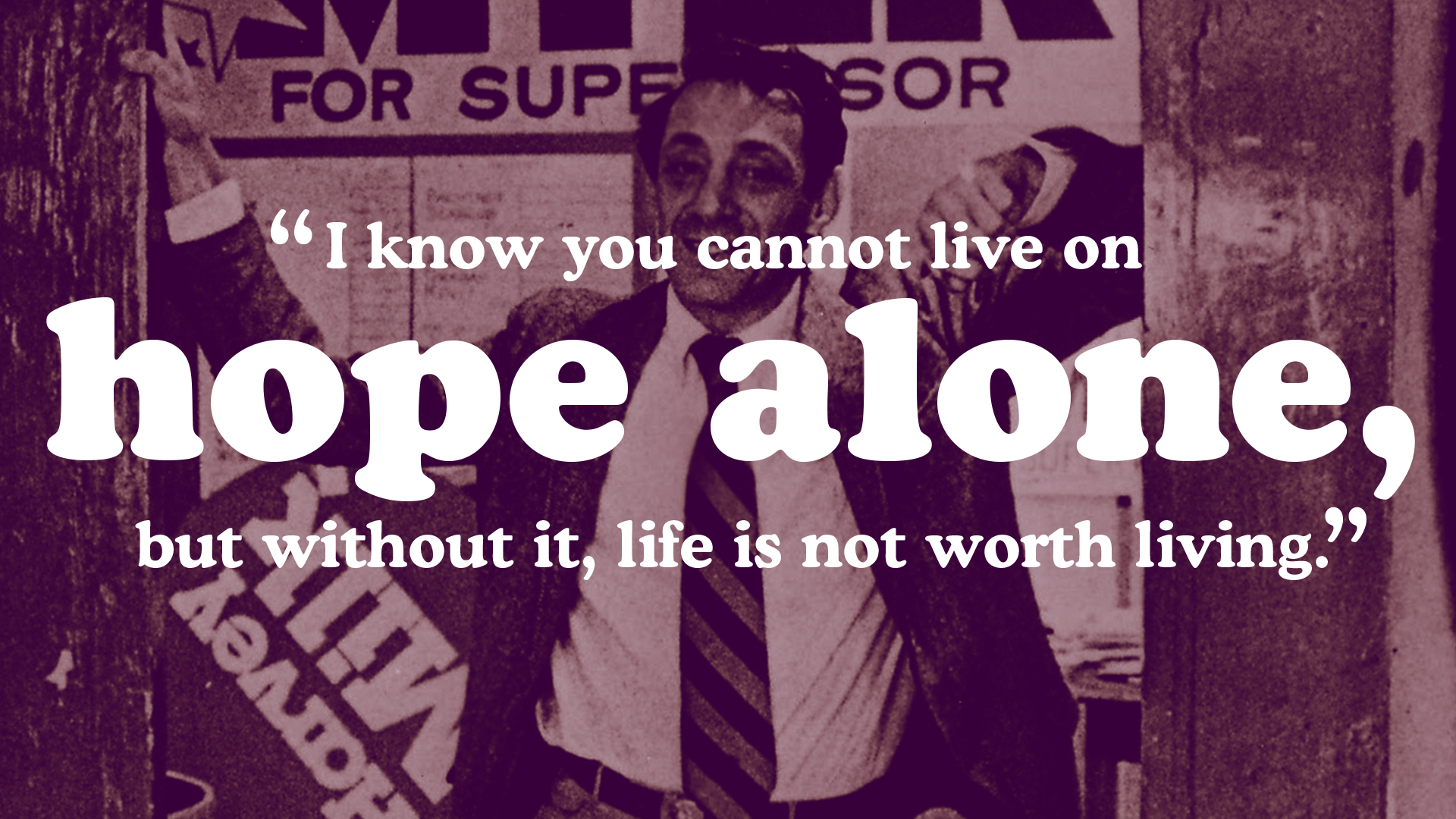 November 27, 1978. Harvey Milk, the first openly gay elected official in the United States was assassinated, just 10 months into his term as a member of the San Francisco Board of Supervisors. Being in the public eye at a time when blatant homophobia and discrimination against the LGBTQ+ community were the norm, Milk received almost daily death threats. He knew that it was only a matter of time before he would be assassinated, and he made a recording to be played in the event of assassination, part of which can be heard here. He was not the pioneer of the gay rights movement and his victory was far from the pinnacle, but he played an important role in increasing mainstream LGBTQ+ visibility, the fight for legal rights, and opened up the door for future queer politicians.

40 years later, over 400 openly LGBTQ+ individuals ran for offices at all levels across the country in the November 2018 midterm election, many of which made history in their candidacies and victories. Although there is still a lot of work to be done before full equality is reached, the progress made since Harvey Milk’s assassination has changed the political and social landscape of the US to be a more inclusive and welcoming place for all.

Give ‘Em Hope! includes branding for the Memory Palace Museum and an exhibit about Harvey Milk’s life and legacy. A video promo for the exhibit uses Milk’s words of hope and clips from pride parades in the 70’s and today. An invitation to the exhibit opening created in the style of a campaign press kit references Milk’s political legacy and includes letterhead, buttons, stickers, and a series of 5 double-sided posters that detail Milk’s life as well as major events in the LGBTQ+ movement since his passing. Finally, This project includes the museum website, and environmental exhibition mockups. 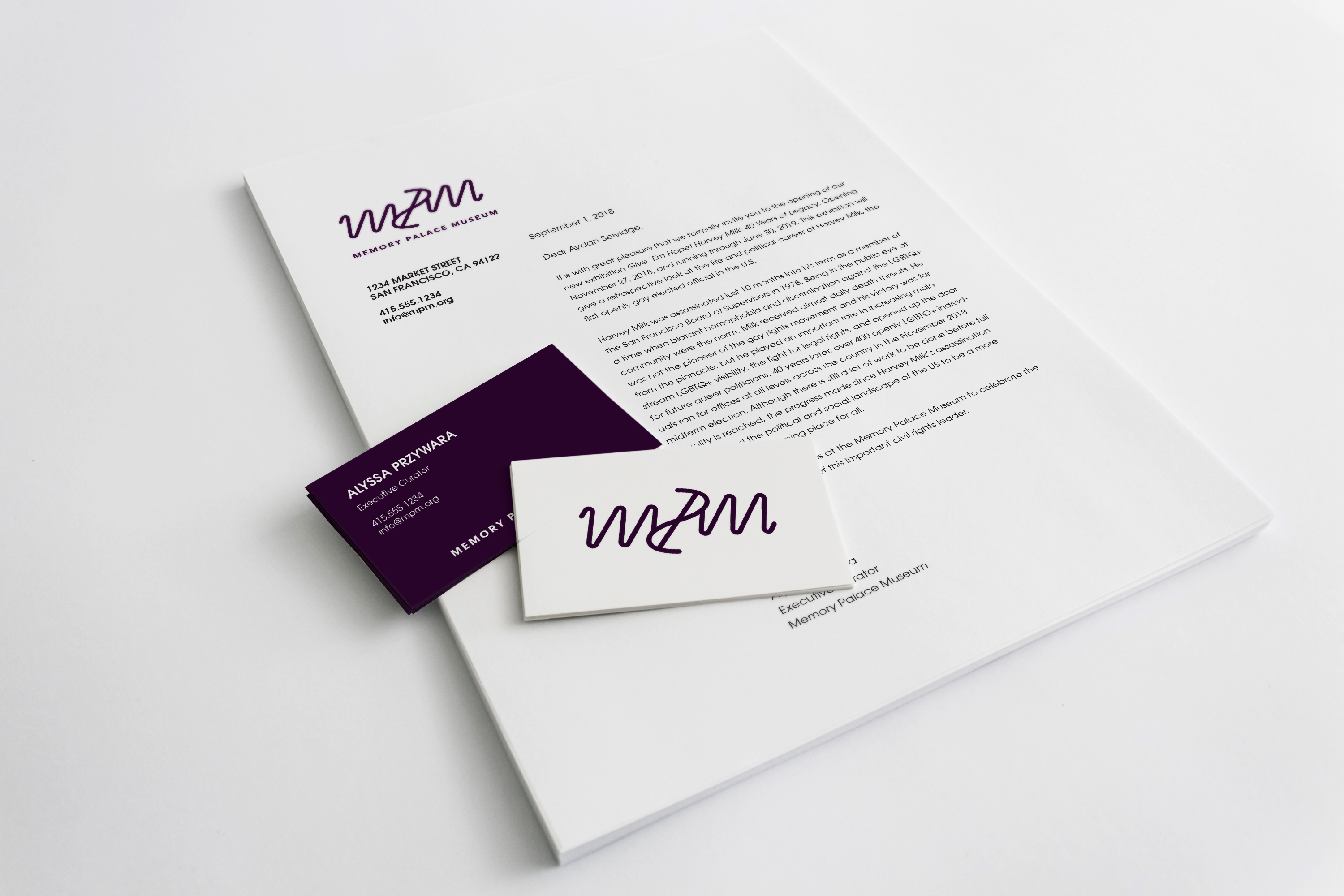 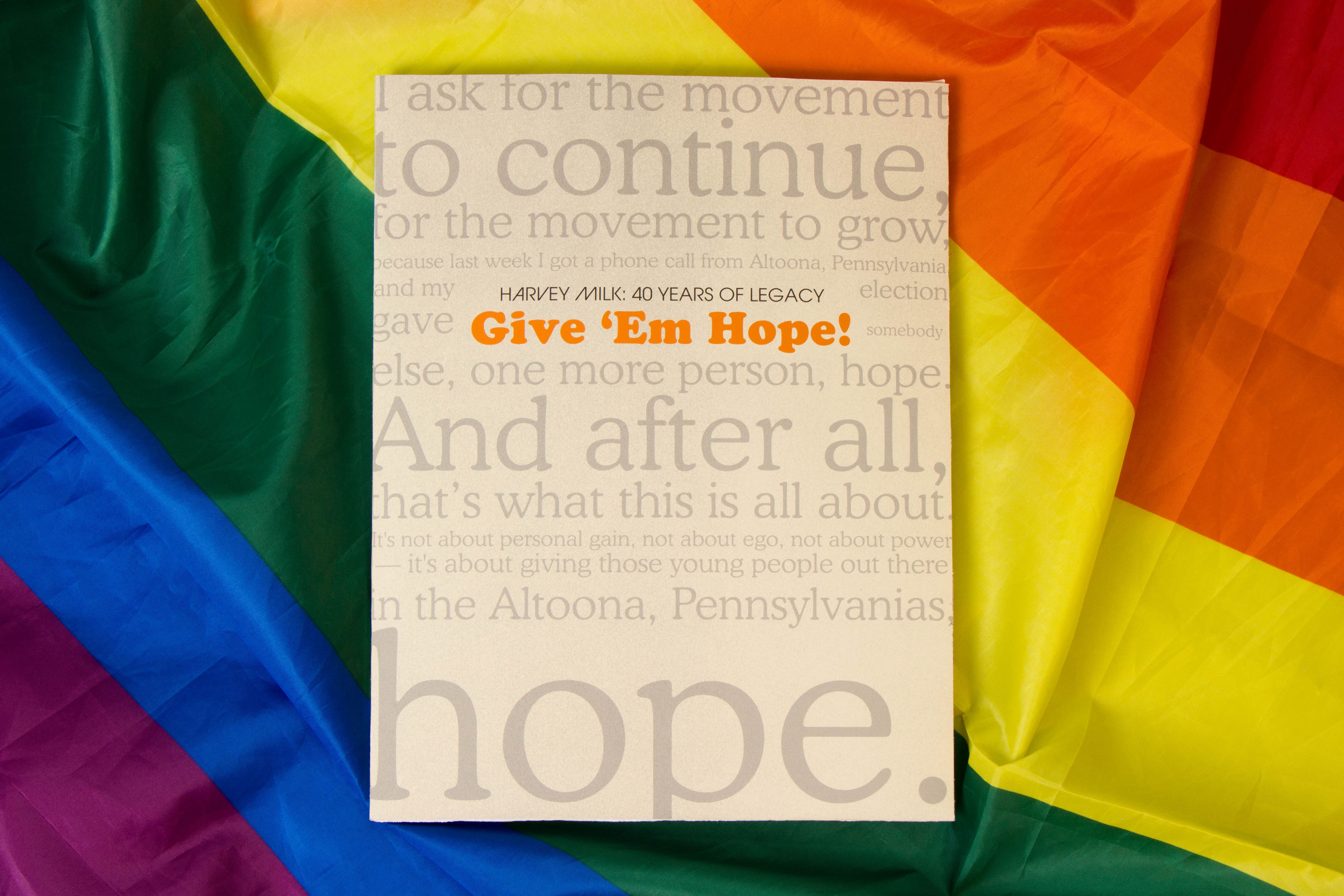 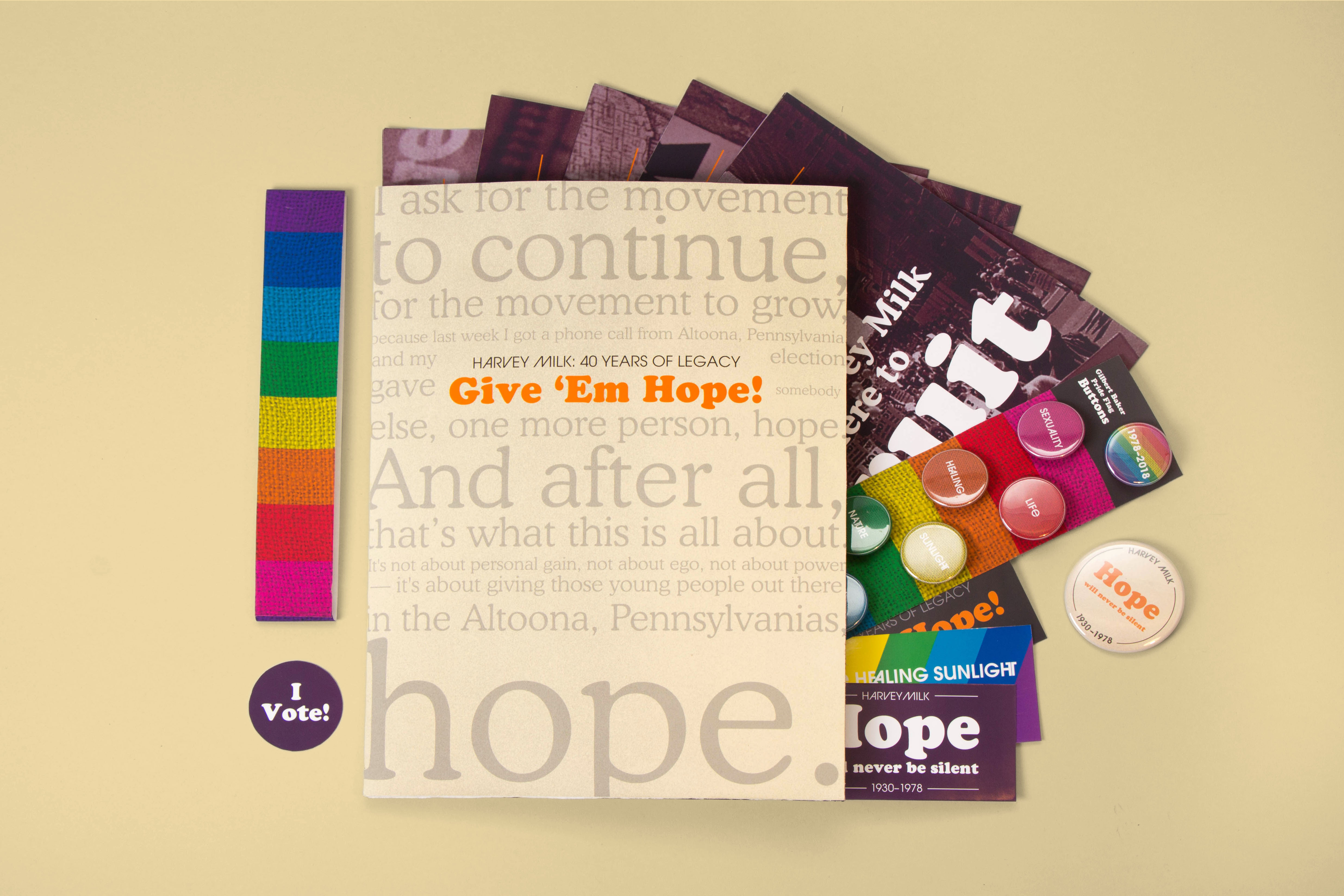 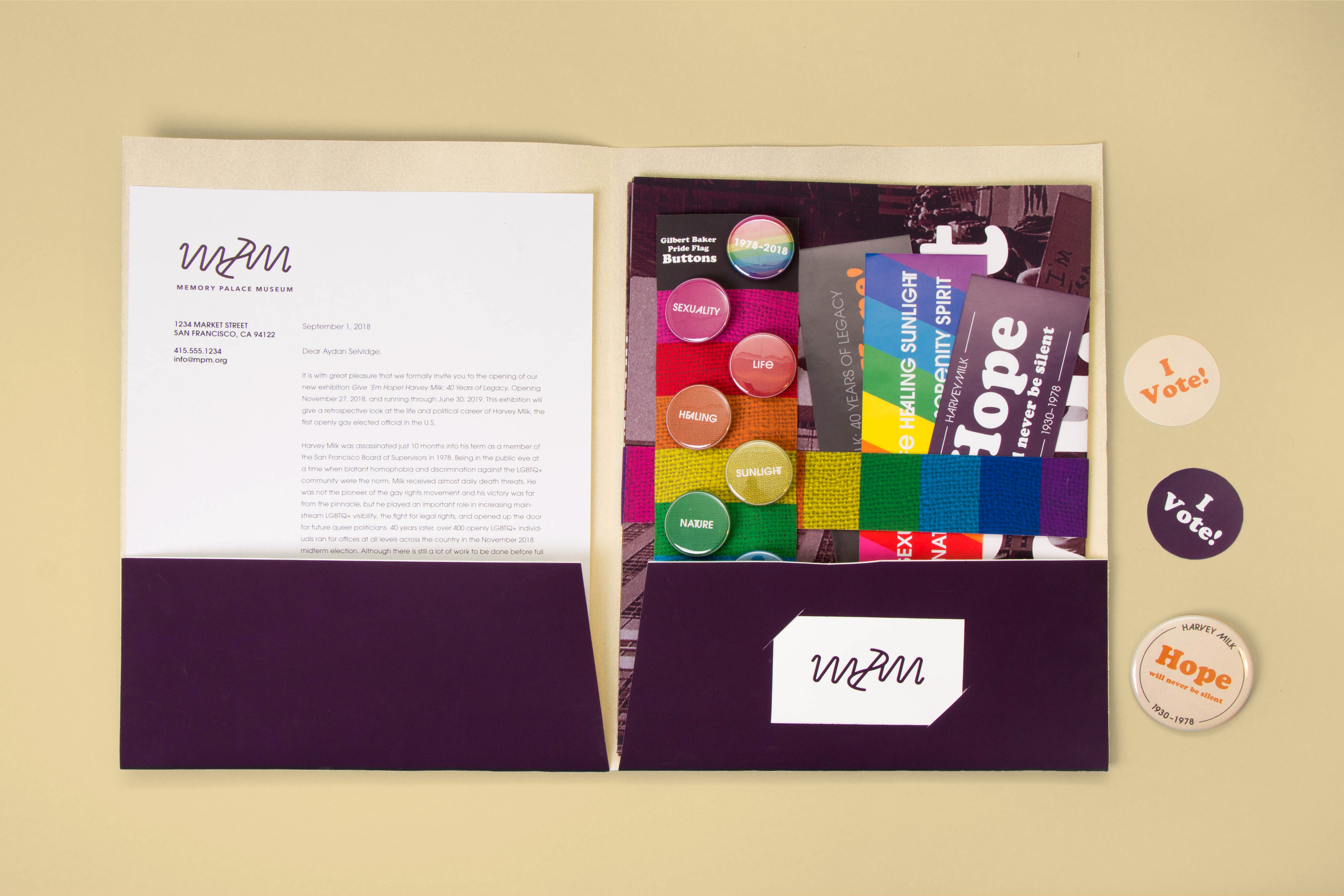 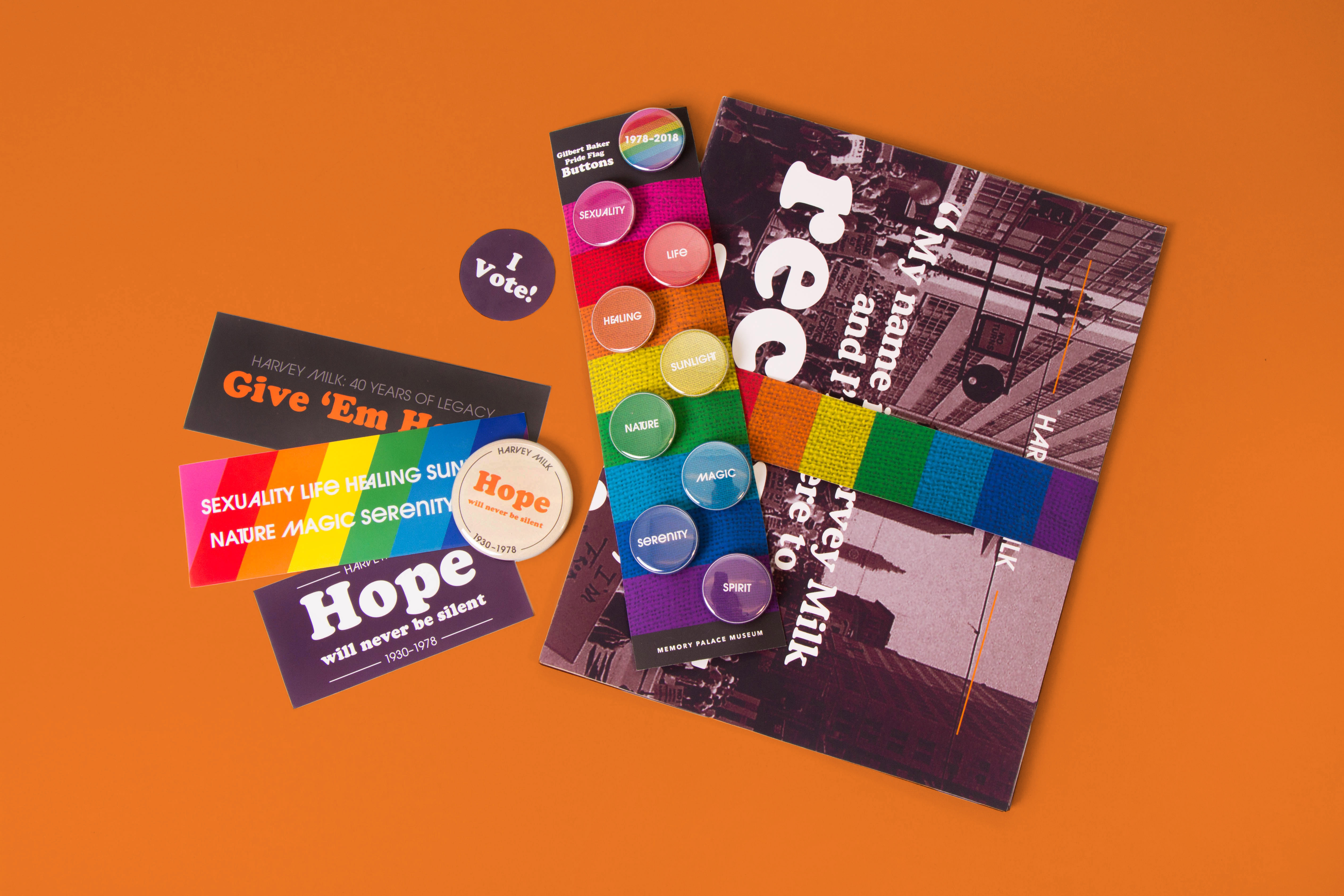 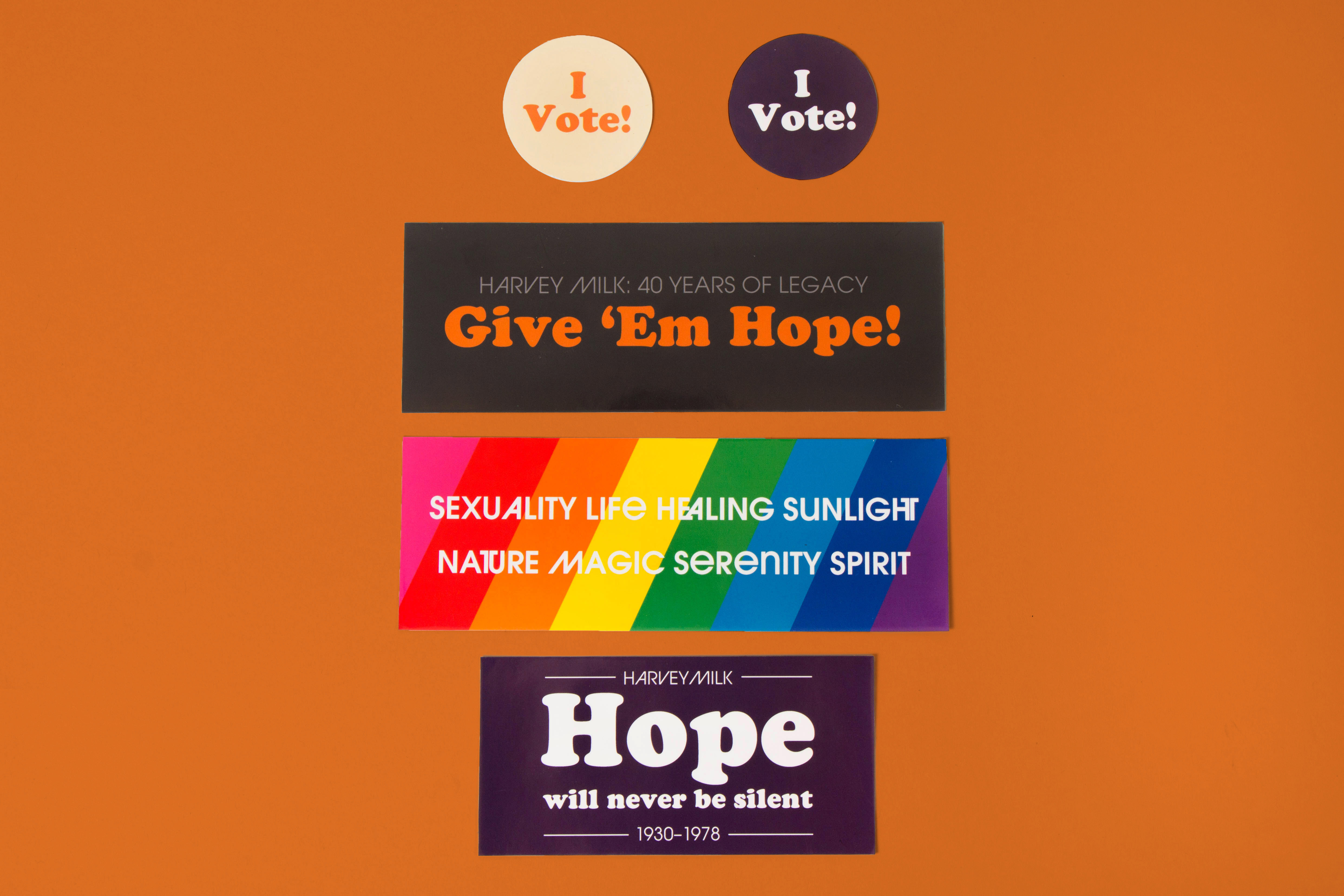 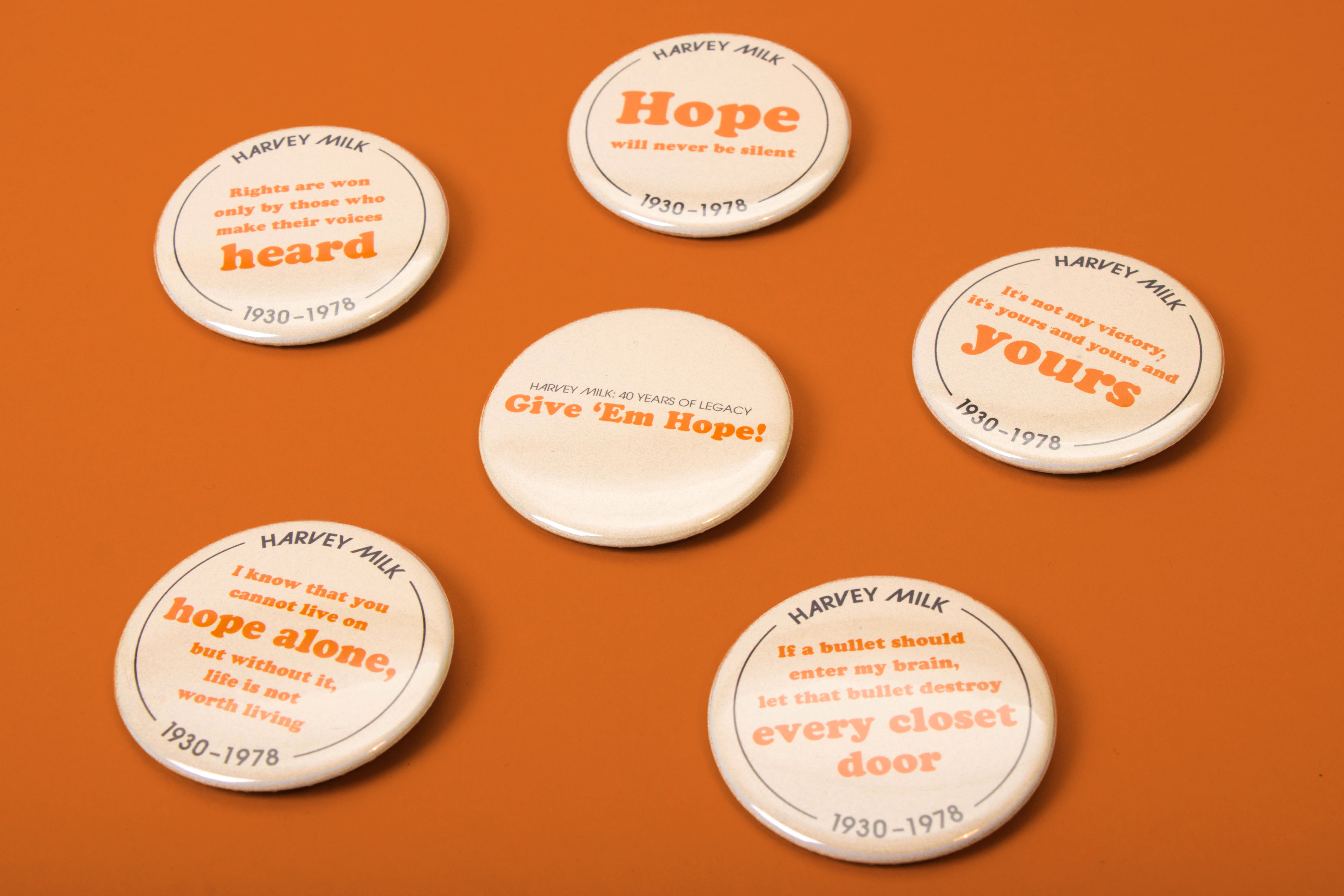 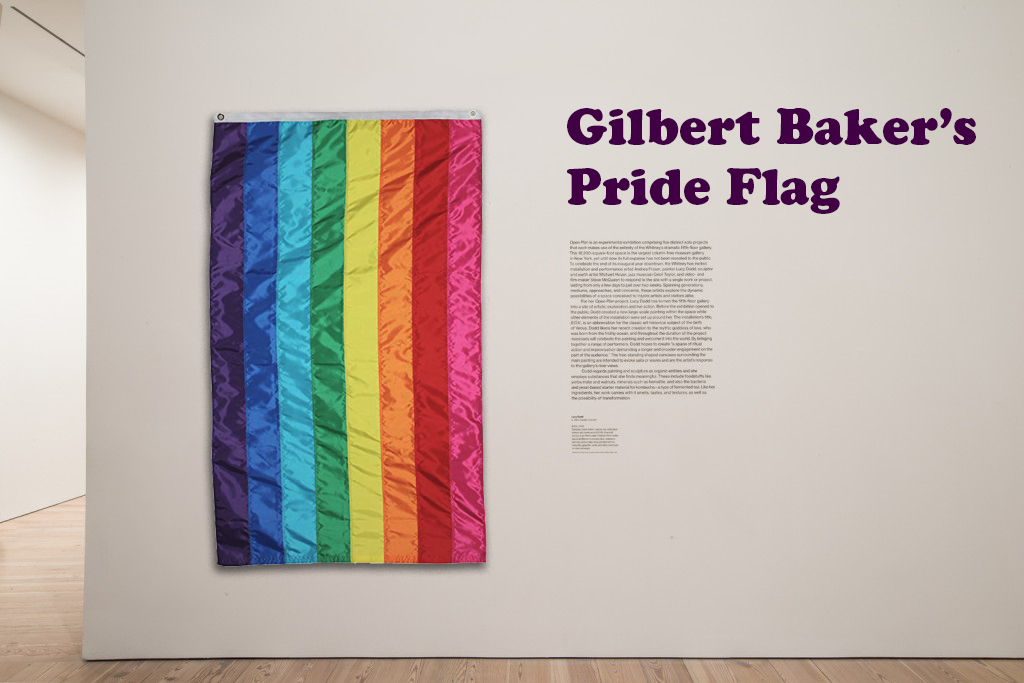 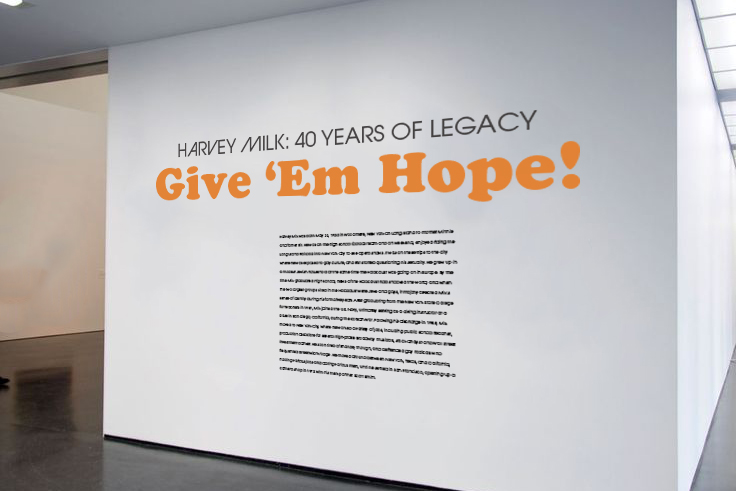 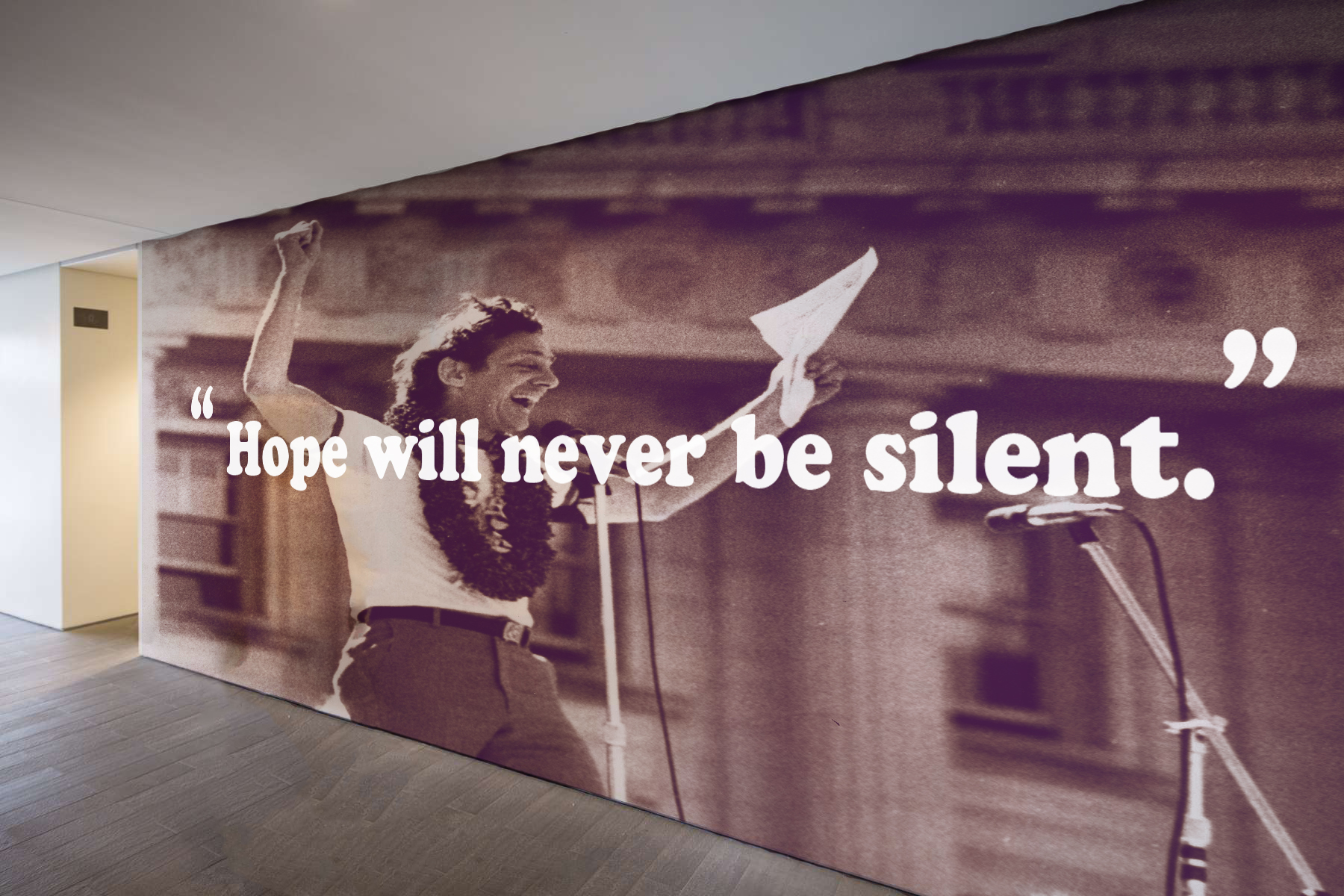